A “Flight Lesson Instructional Grants Helping Teens” (FLIGHT) Foundation has been established in Tennessee for students of all ages. The non-profit chartered foundation was formed to provide funding to ensure the continuance of an already proven and established aerospace education program in Air Force Junior ROTC at Unicoi County High School. In 2002 the program moved to Sullivan County, and in 2018 relocated to Greene County. Since April 1992, 3901 flights with 10,908 students/passengers for orientation flights have been made, most by retired Air Force Lieutenant Colonel Bill Powley, a former F-4, A-7, F-16 fighter pilot and Vietnam veteran, and all sponsored by grants/donations. In 1999, the foundation, founded in 1998, received a NASA grant and from 2000 to 2018 a grant from the Tennessee Aeronautics Division. Current grantees include FedEx and the Ray Foundation. This grant money is used along with funds from local, regional, and national donations to sponsor the flight program. Since September 1996, 200 students have earned their solo wings (from 26 different high schools, home-schooled, and six colleges) and since 2002 seventeen students have received their private pilot's license.

In June 1998, the first solo cadet went to the Air Force Academy (USAFA), and since then a total of eight solo students have received appointments to USAFA and three to West Point. Twelve solo students have enrolled in the flight program at Middle Tennessee State University as professional pilots and one at Purdue. In 2010, Col Powley won the top aerospace science instructor in the nation (A. Scott Crossfield Award), the Tennessee Aviation Person of the Year (first recipient) Award, in 2011 the Tennessee Career Contributions to Aviation Award, and in 2013 was inducted into the Tennessee Aviation Hall of Fame for this program. With emphasis needed on math and science skills, character education, discipline, leadership, team building, and motivation, this program provides an excellent opportunity to accomplish all of these goals as well as provide the basis for future careers in aviation and service to our country in the Armed Forces. For further information, including briefings on the program, contact the foundation at: 1 Three Springs Lane, Unicoi, TN 37692. Phone (423) 502-1605, or email billpowley45@gmail.com . See our contact page for driving directions to Greenville Greene County Municipal Airport. 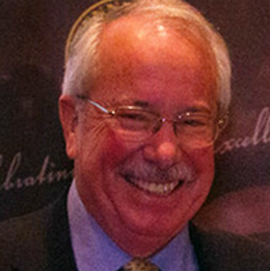